British street artist Banksy has asked his followers to rob a Guess brand clothing store that illegally appropriates his works. “For shoplifters. Meet at the Guess store in Regent Street. They used my work without asking my permission. Why would it be wrong for you to do the same with their clothes?” he wrote in the photo.

The American clothing brand has announced a new collection with Banksy graffiti. Fearing an overflow, the clothing store was closed to the public.

Security guards have even been hired to prevent any attempted theft and damage to the front of the establishment.

Store staff declined to speak to UK media. Liz Ward, copyright lawyer and founder of Virtuoso Legal, told the BBC that Guess “appears to have legitimately sourced Banksy’s work through a third party, namely Brandalised, which claims to have the right to commercialize and use Banksy’s work on products”. 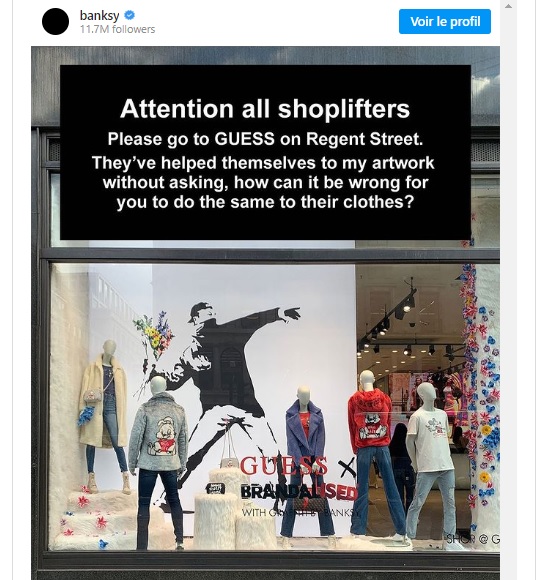