The rise in the price of Canal+ subscriptions promises to be particularly strong in January 2023 for certain subscribers. Do not hesitate to consult your next invoices thanks to the schedule available on your customer area. We explain how to do it.

It’s no longer a secret, prices increase at Canal+. The increase is on track to eventually reach all subscribers, regardless of their subscription (except for offers with an ongoing commitment). Recently, we have seen that people who have subscribed to a Canal+ Ciné Séries formula were going to start paying ten euros more per month from January 2023.

By taking a look at the schedule in their customer area, we can see a big difference between the invoice for December 2022 and that for January 2023. Below, you can see a good example. Here, we are dealing with a Canal + Ciné Séries subscription with a Netflix Premium option for a total billed at 41.40 euros per month. But the following month, this sum rose to 59.50 euros, an increase of 18.10 euros in one month. 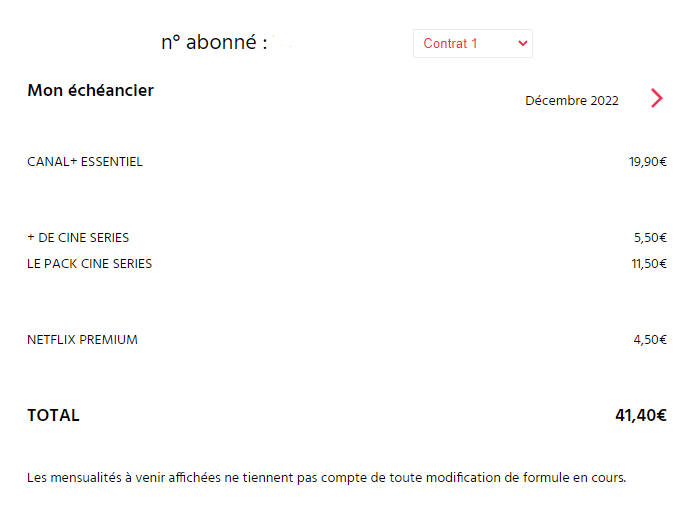 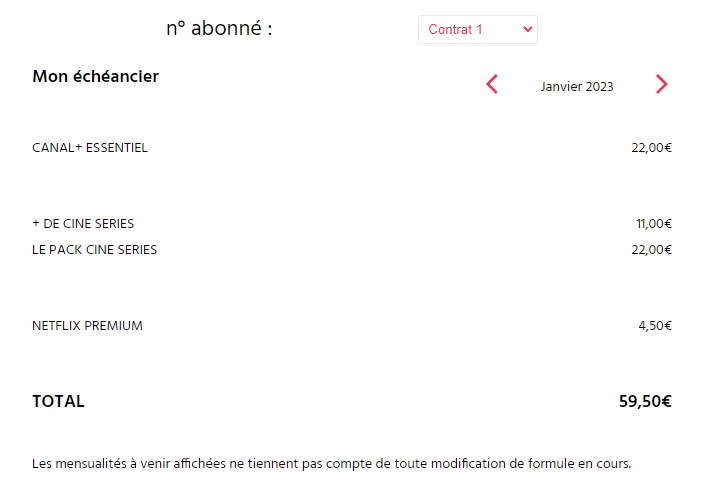 In detail, we see that the Canal + Essential package goes from 19.90 to 22 euros. In addition, the Ciné Séries + sub-formula (including netflix, Disney+ and OCS) doubles its price from 5.50 to 11 euros. Finally, the Ciné Séries Pack (giving access to film and series-oriented channels) jumps from 11.50 to 22 euros.

Another example of the same ilk, this time with a Canal+ Ciné Séries -26 years old offer which was already subject to an increase of 2.50 euros. Here, the person concerned paid 39.40 euros per month including his Netflix Premium option (still at 4.50 euros). In January 2023, she will also pay 59.50 euros although her schedule still indicates an offer -26 years. 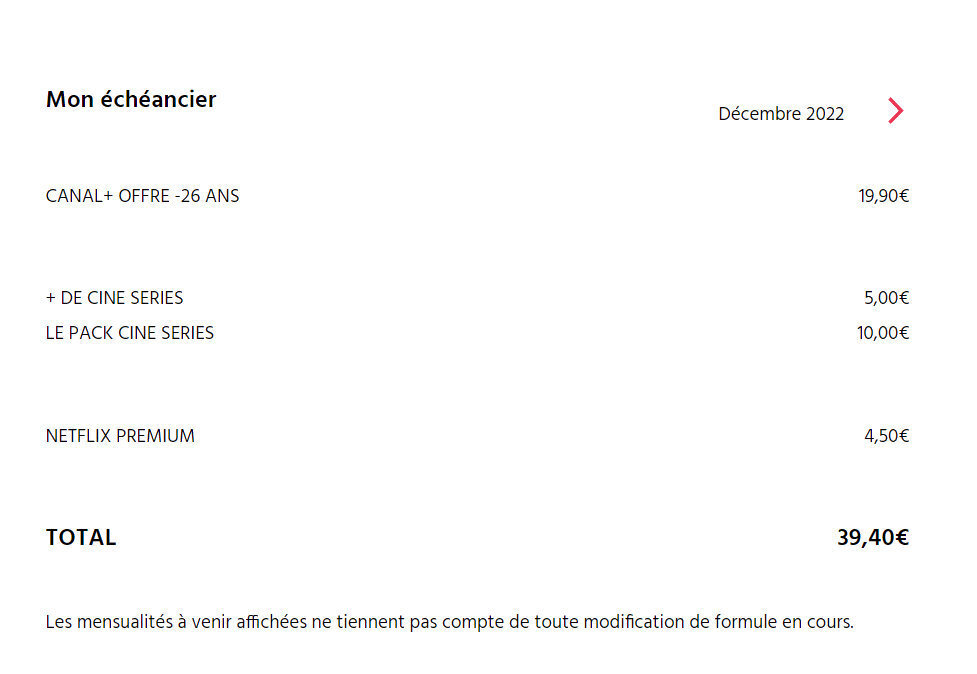 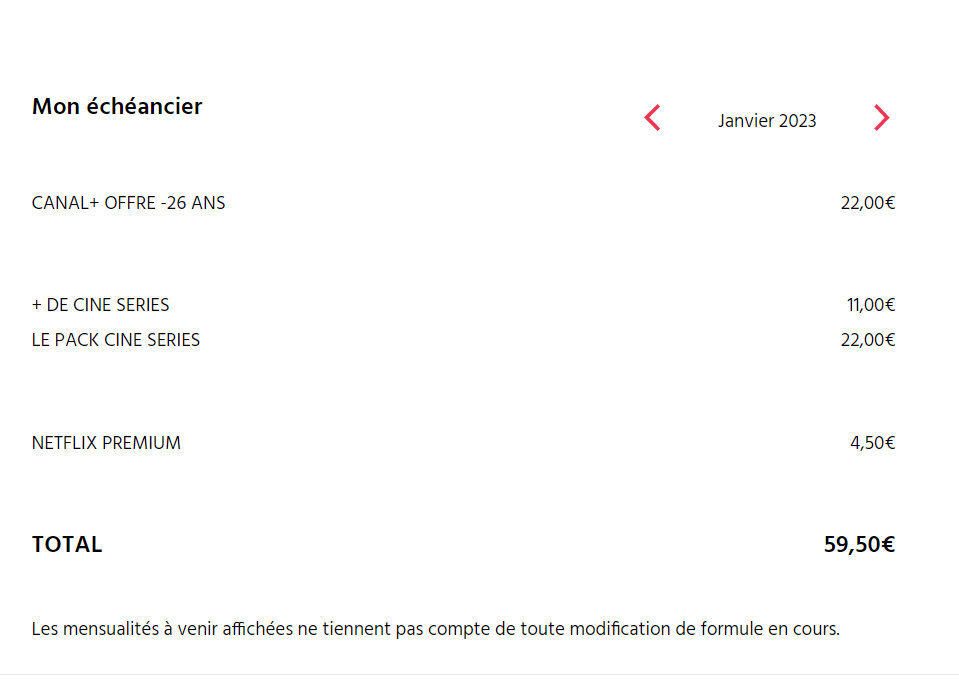 Finally, on the site’s forum Hardware.co.uksome people are also reporting similar increases from January 2023, each time on offers associated with content SVoD.

Is VAT to blame, really?

Until then, the price increase reported by Canal+ users (and myCanal) found a fairly simple explanation. A few months ago, the TV group warned its subscribers that it was going to increase some of its prices to pass on the increase in the VAT rate from 10 to 20% imposed on it by the French tax authorities. The Ministry of the Economy believes that Canal+ offers are increasingly similar to SVoD. As a result, the VAT applied becomes the same as on other platforms in this sector such as Netflix.

On the other hand, until now we were talking about a price increase of 2.50 to 3 euros. The increase in January 2023 is much more substantial, to the point where it seems difficult to attribute it solely to a rise in VAT. To find out more, we asked Canal+ if there was another reason justifying this price increase, but the company has not yet responded to our email sent several hours before the publication of this article.

We could consider an increase linked to the planned integration of Paramount+ into Canal+ offersbut this is supposed to be done at no additional cost.

Canal+ subscription: how do you know when you are going to pay more?

Perhaps you fear that you will also be affected by this big price increase at Canal+. You would thus be tempted to see if and when the increase will take place. To find out, there are a few clicks to do.

From a web browser, go to your Canal+ customer area. Next :