Hogwarts Legacy will be available in a few weeks and is one of the big games at the start of the year. The title of Avalanche Software is eagerly awaited by players and today are new interesting details that reach us. 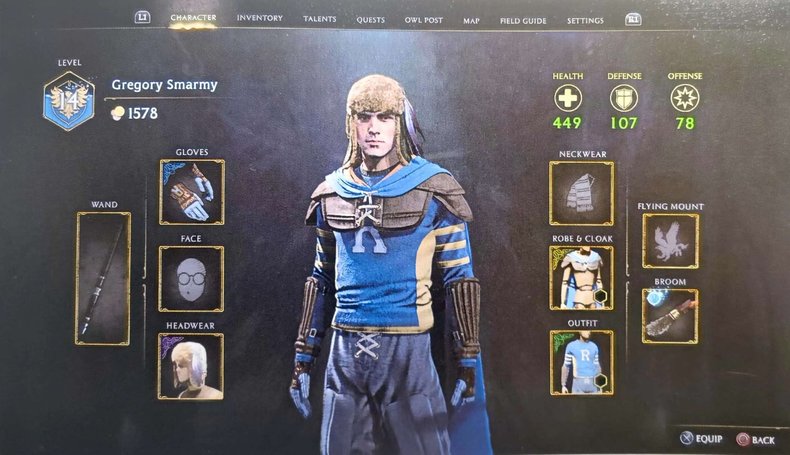 It is through the game’s artbook, which would have leaked in advance, that we discover many details about Hogwarts Legacy. Twitter user @ManwithSecrets_highlights several screenshots that show, for example, the game menu with the different equipment of our hero, the biographies of certain characters as well as what looks like a non-final version of the map of the Game.

Other captures also show different animals and creatures that make up the game’s lore.

A publication
Reddit gathering different information is also available, but watch out for spoilers. There are indeed elements that refer to the progress of certain missions, as well as other details about the game that could spoil the surprise for you.

In addition to the elements mentioned above, the lifespan of the game was also revealed. We thus learn that the main quest of the title should require approximately 35 hours of play, while it will take you 70 hours to reach 100% and thus complete the main adventure as well as all the secondary quests.

Once again, we can only advise you to watch out for spoilers in the coming days if you want to keep the surprise until the game is released.

Remember that Hogwarts Legacy will be available on Xbox Series X | S, PS5 and PC on February 10, 2023, while the Xbox One and PlayStation 4 versions will be released in april ; Nintendo Switch players will have to wait until July 25, 2023. Details of pre-orders can be found in our dedicated article

Other recent articles on Hogwarts Legacy