The announcement of the new flagship chip for next year’s high-end smartphones by Qualcomm is an opportunity to take stock of the progress that lies ahead. If each generation of mobile processor (System on a Chip in the jargon, or SoC) brings its share of technological innovations, that of 2023 promises to be an excellent vintage.

One of the classic elements of overall performance improvement is the reduction in the fineness of engraving. However, this year, this will not be the case: Apple, MediaTek and Qualcomm are all obliged to remain in 4 nm, the mass engraving in 3 nm being planned only from the second part of 2023. Also, to mark the difference compared to the chips of this year, the industrialists were forced to seek progress elsewhere. Both in the redesign of each of the blocks that make up the SoCs, but also by playing even more on their mutual aid. With a key piece that is the source of many technological improvements in other blocks: the neural processor or NPU. 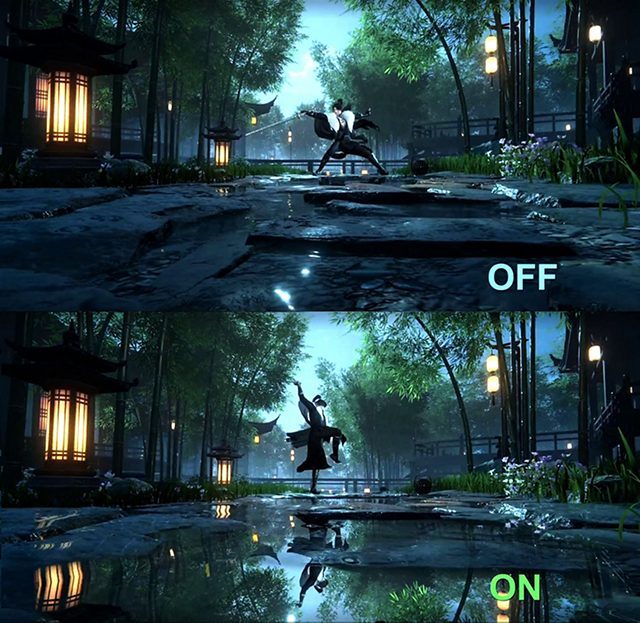 Did you like the lighting effects of your Geforce RTX? Rejoice: these so-called “ray tracing” effects or ray tracing (RT) in English, arrive on your smartphones… At least on the chips of Qualcomm and MediaTek, Apple not having communicated anything on this subject for the time being.

The fundamental principle of ray tracing is to calculate the trajectories of thousands, even millions of light rays and to model their trajectories and interactions. Several methods exist, applying to shadows, transparency effects, etc. With a major benefit: the rendering of these effects is incredibly natural, and facilitates the work of developers who no longer need to program scripts (reflections in mirrors, change of color temperature). All effects being calculated in real time.

If the integration of these effects was already great in graphics cards displaying up to 350 Watts at the socket, we are in the realm of a small miracle to see them arrive in chips that barely release 5 W! Behind this integration, there is not only the improvement of the architecture of graphics chips (GPU), but also increasingly relevant algorithms – denoising, supersampling, etc. And especially the work of the NPU, whose increased performance makes it possible to simplify and accelerate the work of the GPU.

Nvidia pioneered the technology of ray tracing in real time, with AMD starting to gain momentum in the PC world. The arrival of ray tracing in very high-end mobile chips from Qualcomm and Mediatek should accelerate its adoption by video game studios. Because the potential market for devices that can take advantage of these effects will quickly explode.

The great advance that awaits us is called semantic segmentation and is based on a new pillar which is the AI ​​processor often called NPU (Neural Processing Unit). By building a direct link between the image processor (ISP) and the NPU, the future Snapdragon 8 Gen 2 chip, from Qualcomm, can become a real “visual brain”. It will, on each shot, cut out the image, a bit like the human brain does. That is, to tell the difference between a plant, a human, a cat, hair, skin, foliage, etc. Zoning and labeling in real time which has several potential benefits, but above all a major argument: it should make it possible to further improve image quality.

How ? Simply by allowing greater finesse in the application of image enhancement filters. Since smartphone image sensors and optics are very small compared to “real” cameras, software processing is key to improving image quality. Only then, applying the corrections uniformly to the whole image is never very satisfactory. Qualcomm’s “cognitive” Spectra image processor will be able to delineate up to eight areas called “segments” which are, as we have seen, characterized (face, hair, cat, etc.).

And on each zone, the ISP & NPU duo can play on four parameters (tones, saturation, sharpness, noise reduction) in order to find the best possible software correction. To make images even more natural and rid of the classic defects found in digital photos (skin too much/not smooth enough, lack of image precision in the grass, blue skies too/not saturated enough, etc. ). 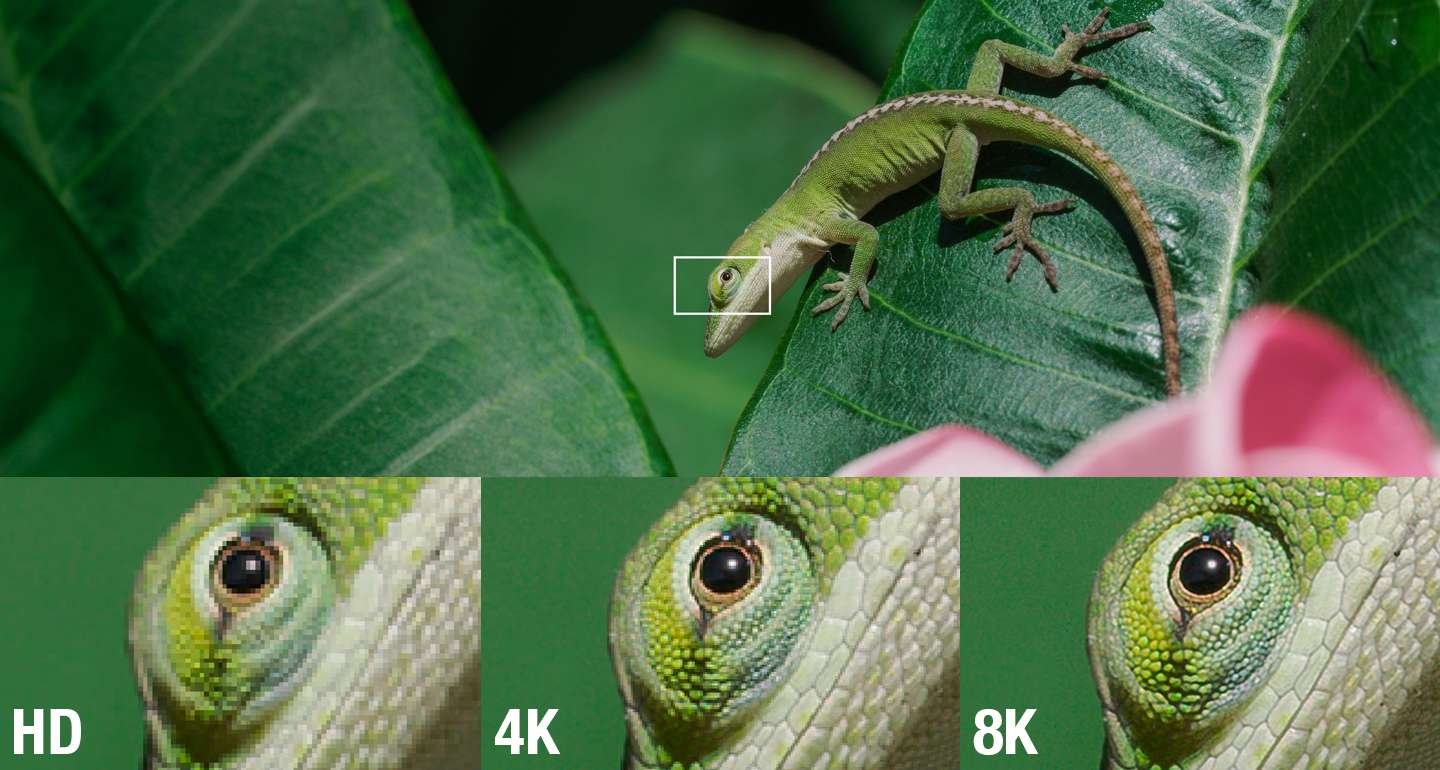 The next generations of sensors from Samsung and Sony, coupled with the next ISP in particular from Qualcomm, offer the possibility of going even further in 8K. After 8K30p, then the 60p version, here comes the second generation of 8K60p HDR, thanks to the ability of the sensor + processor couple to manage not one but four images per frame, i.e. 240 images of 33 Mpix per second. Composing an image from four super-fast shots helps extend dynamic range (more information in highlights and shadows), the latter of which has historically been the physical Achilles’ heel of small sensors.

It goes without saying that to take advantage of it, you will need screens – especially televisions – not only compatible with the speed of 60 frames per second, but also which are HDR certified. Note that if the interest of 8K as such is still very limited because of the few devices installed, it also offers the advantage of oversampling for video pros. Indeed, shooting in 8K makes it possible to produce, after editing and post-processing, 4K sequences of much better quality than “simple” native 4K. 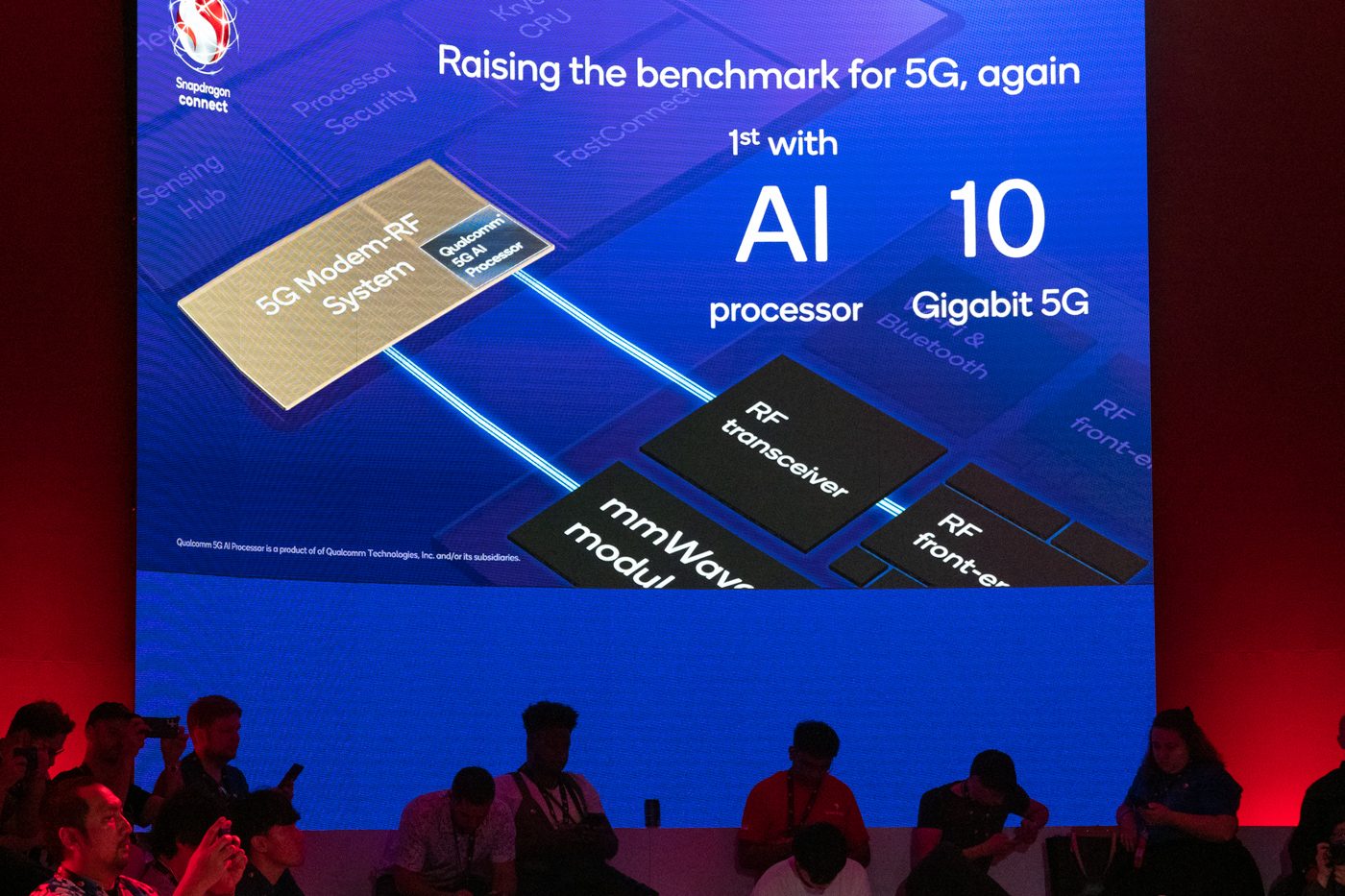 If the role of neural processors is known in improving image quality – simulating blurred backgrounds, etc. – it is newer and less known in the world of modems. However, its impact, although more difficult to measure at first glance, could be significant.

What must be understood is that 5G is a technology that is much richer, more complex and adaptive than 4G. Depending on the movement of the smartphone in the network space (in a street, for example), the 5G modem will adapt to the different antennas that surround it by favoring some of them, and some of the frequencies. All while communicating with the base stations which, too, will adapt in real time. Consequently, a 5G modem, which is more efficient and more versatile than a 4G modem, is logically more energy-intensive. Especially when using millimeter waves.

This is where so-called “AI” algorithms and neural processors, external or integrated into the modem, will play an increasingly important role. Rather than adapting to fixed scenarios, the modem will be able to use complex training patterns to adapt to its environment. This, using the NPU which turns out to be much more energy efficient than all the other chips it can use. As a result, chip designers promise substantial power savings. Enough to save valuable battery percentages at the end of the day. Without having cut back on the quality of the connection. 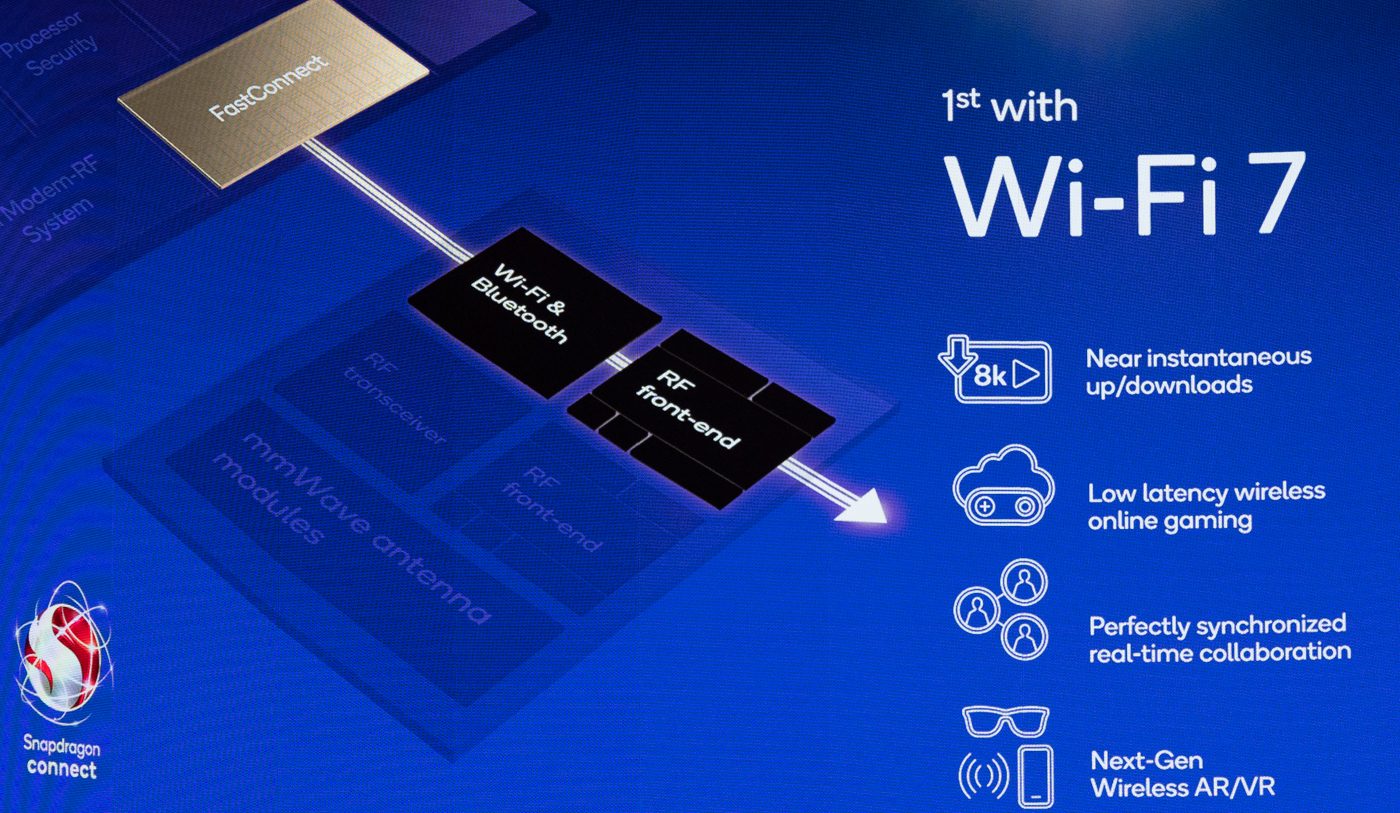 Still in terms of connection, the smartphone is ahead of the PC in terms of wireless network. with the arrival of Wi-Fi 7… even before the standard is fully validated! For the time being exclusive to Snapdragon 8 Gen 2, from Qualcomm, this new standard – the main elements of which are now fixed – should be ratified in the course of 2023.

Read also : Will Qualcomm finally initiate the revolution of AR glasses thanks to these three chips? (Nov 2023)

In addition to the traditional improvement in speeds, here going up to 5.8 Gbit / s using the 6 GHz band (4.3 Gbit / s without this band), Wi-Fi 7 also promises lower latencies. And, once again, a drop in energy consumption, the nerve of war for mobile devices. When it comes to latency, Qualcomm promises to go below 2ms – and do so consistently, not just peaking. If the gaming may come to mind when we talk about latency, it is also a question here of reducing the communication time, especially in the case of AR/VR/XR uses. Any delay with these glasses potentially causing discomfort to the user (motion sickness).

Finally, through a more appropriate use of speeds, frequencies, antennas, standards, etc. Wi-Fi 7 promises energy savings (of network consumption, not of the total platform!) ranging from 30% and up to 50%. Very significant gains which should, as for those obtained in 5G, make it possible to extend the life of the battery of your terminal here again. Potentially more than one or two days… depending on the built-in batteries and user usage.

If the race for pure power of CPUs and GPUs continues, this new generation of chip also and above all seeks to improve uses. Whether it’s graphics, image processing, networking or otherwise, it’s all about pushing the boundaries. With the underlying theme of the constant search for energy savings. And the centerpiece of these improvements remains the NPU, a logic chip ultimately much more mysterious than the CPUs and GPUs, as manufacturers are so sparing of details. To better preserve their secrets?