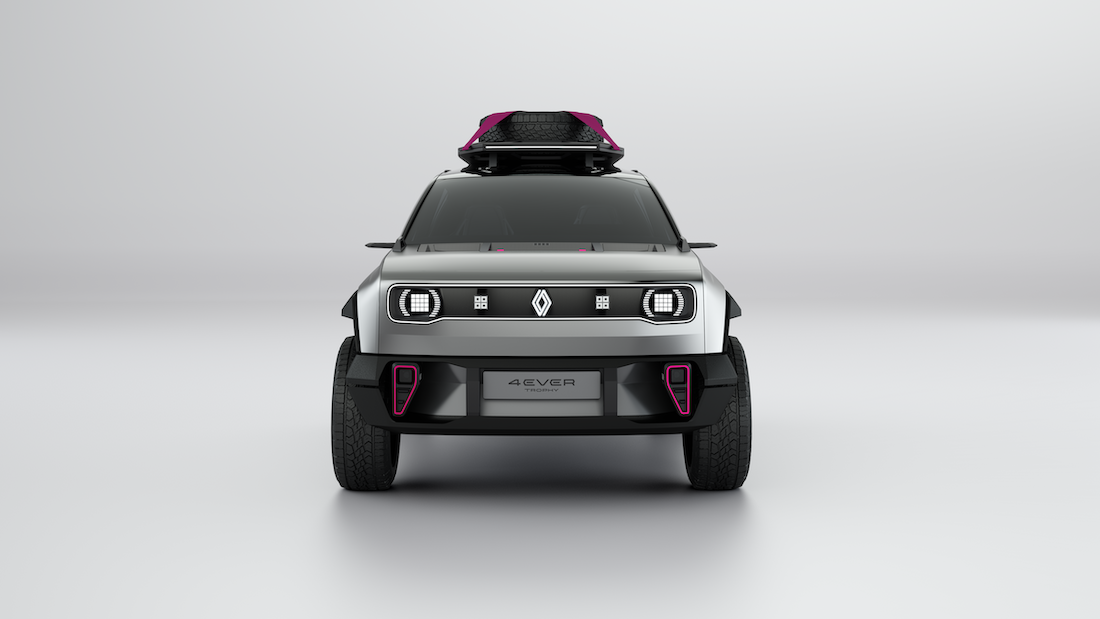 Ampere, the new entity dedicated to electric cars from Renault, will have a range of six cars at the end of the decade. It may not seem like much. But Renault is also a group!

After its refoundation, Renault kicked off his revolution. Last week, Luca de Meo, general manager of Losange, unveiled the new organization of the group, with in particular a split in thermal and electrical activities. These are grouped together in a new entity, named Amperewhich is expected to be listed on the stock exchange in 2023.

Presented by Renault as “a car manufacturer in its own right”, Ampere “will develop, manufacture and market 100% electric passenger cars under the Renault brand”. The Diamond said Ampere’s lineup will include six electric vehicles by 2030.

And 2030 is an important deadline, because at that time, Renault will become a 100% electric brand in Europe. We are therefore intrigued by the number of models planned for a firm that will have ended the thermal. Six may not seem like much for a generalist manufacturer!

This impression is even reinforced when you discover the new Alpine program. After announcing three new electric models for the sports firm, Luca de Meo promises five, only one less than Ampere! However, even if Alpine will see its sales soar with these new models, the label will remain a small manufacturer in the group, far from the sales scores expected at Renault.

Will Renault have an economically-built electric range? It is not that simple. Already, with the six Ampere models, Renault will cover a very large majority of the needs of the European market.

Part of the program is already known, a model even already exists, it is the electric Mégane E-Tech, a compact. Then there will be the neo-retro duo R5 and R4, which will be in this order a city car and its urban SUV derivative. To this will be added the new generation of the Scénic, which will take the form of a compact electric SUV.

This therefore already makes an electric equivalent to the current Clio, Captur, Mégane and Austral (the SUV which has just replaced the Kadjar). The other two vehicles for Ampere still remain secret. But there should be a bigger model than the Scénic, probably a bulkier SUV.

Thus, according to Renault, these six “ideally” placed models will cover 80% of the electric market of generalist brands. These last words are important: if Luca de Meo wanted to bring Renault upmarket again, it was by keeping the generalist DNA of the manufacturer, which thus has no intention of “premiumizing” itself.

Expectation number 1 of the new DG is to put the emphasis on the compact market, the heart of the European market, while Renault was too dependent on its Clio and Captur city cars. At a time when profitability takes precedence over volumes, the brand therefore has no intention of losing itself in unprofitable niches or segments where it is no longer expected, such as the top of the range.

For that, there is Alpine. Because Luca de Meo will play the card of complementarity in the group. It is Alpine’s mission to hunt in the lands of premium, even luxury. The two projects added to the program of Jean Rédélé’s firm are thus two large crossovers, including one in the E segment, where the gauges are close to 5 meters.

Opposite the offer, there is Dacia. If the electric Twingo is not replaced, its customers will turn to the Spring, of which a more advanced version is already in preparation for 2024. A variant of the R5 with a smaller motor and a smaller battery must also capture part of its customer base.

We must not forget either the utilities, which are not included in Ampere, as well as their derivative for individuals. Renault has just launched a trendy family Kangoo. He also formalized the project for a new generation of electric van, named for the moment FlexEVana promised revolutionary vehicle, which will look like a Swiss army knife on a new platform.